Concerto for piano and orchestra

Stumble To Grace is about 25 minutes, in 5 Stages, played continuously without pause. There is a narrative running through the piece that reflects the title: The piano is all thumbs (literally and metaphorically) as it stumbles in its first entrance, playing naïve and awkward plinks and plunks. By Stage 5 the piano plays sophisticated, virtuosic and, at times, graceful contrapuntal music – a fugue, in fact. The intervening music reflects various stages of progress and regress in the physical and spiritual evolution of the piano.

The piano is particularly suited to such a narrative because, on the one hand, it is one of the most difficult and complex instruments to play because of its polyphonic capabilities,but on the other hand it is perhaps the easiest instrument to play in that there is no practice required to make a decent sound, unlike most other instruments of the orchestra.

The inspiration for this narrative came from observing my now two-and-a-half year old toddler learning to become human. I began thinking about the piece when he was first experimenting with perambulation and now a year later there is a confident lilt to his step. More generally, I wanted to open my compositional process to incorporate some of the whimsy and exuberance that he brings to his exploration of the world. Among his first phrases was “this, there” spoken as he tried to insert a square peg into a round hole.

A preoccupation with one’s children is common among most new parents but this seemed a particularly appropriate source of metaphor for a piece written for Orli Shaham. Sheand her conductor husband, David Robertson have twins less than a year older than my son and we’ve had play dates and shared narrations about new parenthood. They were very supportive when my boy was born two months premature and spent 6 weeks in the NICU and I often think of them and that time as I watch him bound around the house now.

The knowledge that the soloist and conductor for the premiere performances is a married couple had its own influence on the work. In Stage 5, the piano fugue is structured in a complicated meter with odd numbers of 1/8th notes. Writing it in the meter of the piano part would handicap the orchestra’s ability to comment freely and independently since it would be all they can do to hang on. Writing it in a meter comfortable for the orchestra means that the soloist has to get used to playing her part against seemingly contradictory gestures from the conductor but, Orli and David should have a chance to practice these passages together before the orchestra shows up.

Stumble To Grace, like all my music, is about but not like the music I love. Although the piano concerto as a genre reached a zenith in the mid-late 19th century, but the pianistic influences of which I am consciously aware in Stumble To Grace are not from that repertoire. Rather, the rich complexity of Rosalyn Turek playing Bach fugues, the crystalline sound and clarity of line in Mozart Piano Concertos, the “orchestration” of Debussy Piano Preludes, the beguiling awkwardness in the improvisations of Thelonius Monk and the ebullient rhythmic textures of Vince Giraldi (music from Charlie Brown) were in my ear.

Stumble To Grace was commissioned jointly by the Saint Louis Symphony, New Jersey Symphony and the Los Angeles Philharmonic.

VideoSteven Mackey on "Stumble to Grace" 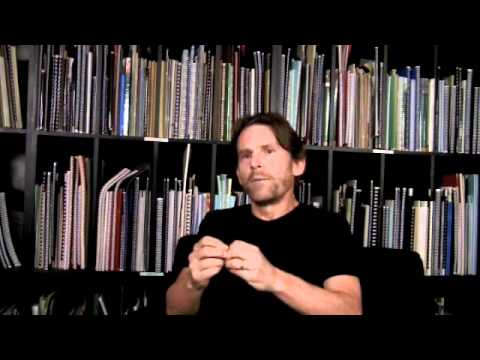 This site uses cookies to ensure you have the best browsing experience.Ok